One thing that's great about Baltimore's light rail is that it doesn't stop at the city-county line. Instead it connects BWI and Glen Burnie to the south to Hunt Valley to the north. Unfortunately, this doesn't mean that the Baltimore light rail steered clear of the sort of city-county infighting that killed, stalled, or undermined so many regional public transportation initiatives. As I learned on a recent trip to Ruxton, there is an awkward five-mile stretch between the Falls Road and Lutherville stations where the light-rail doesn't stop. As you might expect, this is because a group of "concerned citizens"--in this case, the Ruxton-Riderwood-Lake Roland Area Improvement Association--organized against them for fear they would, in the words of one woman interviewed for a 1992 Baltimore Sun article, "bring the wrong element into our community." Not surprisingly, the Ruxton-Riderwood-Lake Roland Area is one of the wealthiest and whitest in the region. 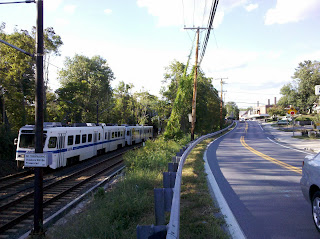 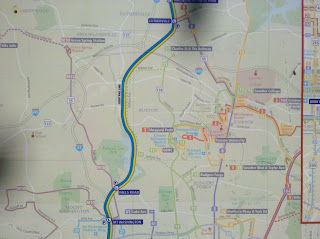 I don't know why the Maryland Transit Administration bowed to the Improvement Association, but it goes without saying that in addition to being totally racist, it is totally wasteful. You have the track, you have the people (many of whom are commuters), what a missed opportunity it is to not have the stops. (In this sense, it's sort of the inverse of elevated expressways like Brooklyn's Gowanus Expressway, which, when it was built, went through poorer neighborhoods that couldn't access it because there were no exit ramps between Manhattan and Brooklyn's wealthier southern suburbs.)

This sounds like ancient history but it is not: a similar battle is being fought today by Canton, who is fighting Baltimore's new Red Line, presumably for many of the same reasons Ruxton fought the original line when it was being planned in the late 1980s. The argument against light rail in Canton is arguably more nuanced (most opponents claim only to be opposed to a "surface" Red Line), and the racial implications less clear-cut (many residents in the mostly African-American neighborhood of Edmondson Village also oppose a surface Red Line), but parallels can certainly be drawn.
Posted by Daniel D'Oca at 9:00 AM