There's a pretty thoughtful article about "How NYC's Decade of Rezoning Changed the City of Industry" on Curbed. It offers a nice overview of the city's recent (and shifting) industrial policies, from the free market idealizations of the Giuliani and early Bloomberg administrations, to Bloomberg's "about face"--evidenced by his establishment of Industrial Business Zones and The Mayor's Office of Industrial and Manufacturing Businesses--to de Blasio's stated commitment to preserving and strengthening the industrial sector. "It can be easy at a glance to see New York City's endless cycles of growth and rebirth as an organic process," writes the author, but "[business owner Michael] Smart says he now understands that nothing in the city is as random or spontaneous as it seems. Neighborhood-wide change is largely sketched out, years in advance, by the city's decision makers." Well put.

We have previously written about industrial displacement, and are presently developing a plan for the Greenpoint / Williamsburg Industrial Business Zone. Both ask a question that we're frankly surprised more people don't ask: does the development of manufacturing areas have to be a zero-sum game? Does the hipster’s gain have to be the manufacturer’s loss, or can redevelopment happen in a way that mutually benefits both parties? What planning tools are out there that could foster the coexistence (rather than succession) of different uses and different socio-economic groups in one place? If such tools don’t exist, can we invent them? Could we imagine a “SumCity” plan for, say, North Williamsburg that sought creative ways to add the new to the old through zoning, design, branding, and strategic planning? 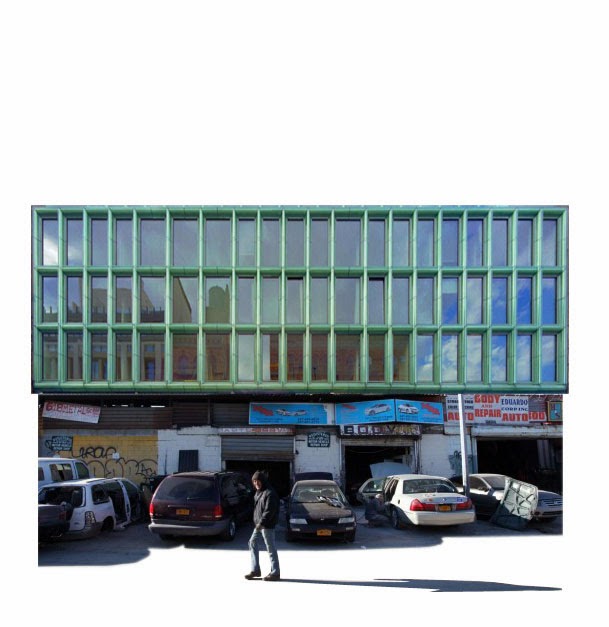 Posted by Interboro Partners at 9:40 AM